How to Use MySQL Triggers for Recording History MySQL triggers are most commonly used in ecommerce, which isn’t surprising since MySQL is the most popular open-source management tool for web databases. It also can’t hurt that SQL is still the go to language for accessing and managing content in ecommerce databases. Aside from recording history in databases these triggers serve a variety of other useful functions such as:

Being able to record database history is crucial to backing up ecommerce web databases. MySQL triggers can help businesses create another form of backup file. Even though it’s rare, databases can fail. Having a secondary backup or extremely similar table is never a bad idea. A history table is so similar to the main table you can use it to help rebuild a main table, repair harmful changes, or revert back to earlier versions.

What Is Versioning and Why Does It Matter?

Versioning gives ecommerce businesses the option of going back in database history to determine when, where, and who made changes to MySQL relational databases. Using version control in databases also supplies a single, reliable resource to use to recall information as needed. There are several key benefits to using versioning/recording history:

Versioning along with relational databases like MySQL for ecommerce applications is beneficial when data needs to be updated, as you only need to update one string of data. For example, if an ecommerce business needs to update client emails they could update that row without having to change other information in the table. MySQL triggers make recalling, reverting, and searching relational database history quick and efficient.

An Introduction to MySQL Triggers

Using Triggers to Save Database History

Create a history table that looks exactly like your main database table; size and order need to be identical. At the end of the table you will need to add a CREATE TRIGGER statement. The following examples of MySQL trigger coding are only examples of what programming may look like, there are several ways to create triggers. Below is an example of MySQL syntax for creating a basic CREATE TRIGGER statement in your newly created history table.

This sets the ground for using UPDATE, INSERT, AND DELETE triggers. The following is an example of what a basic MySQL insert trigger looks like.

Delete triggers follow the same exact language only ‘update’ is replaced with ‘delete’. Make sure to update history tables as main tables change, or mismatch errors will show throughout table columns. While some programmers will caution against using * with SELECT to return all columns in a table, it’s one of the fastest ways to recall all the information. Indexes must be attributed to any column you name in the WHERE clause of a SELECT query. The WHERE clause must also be updated if other primary or unique key combinations are in use. 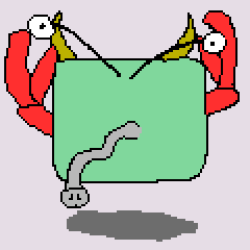